Skin cancer is a treatable disease, but not all treatment options are appropriate for everyone. If you have a bleeding disorder—such as hemophilia—some treatments can put your health in jeopardy because your wounds may not close in time to adequately stop the bleeding. However, here are two options that may eliminate the cancer while minimizing the risk of excessive bleeding.

Regular knife surgery is dangerous for people with bleeding disorders because—as noted previously—the wound may not close fast enough to prevent excess bleeding. However, laser surgery is still a viable option because this method is largely bloodless. The surgeon excises the cancerous tissue using a special carbon dioxide or erbium laser, the heat from which helps seal blood vessels as the laser is cutting into the tissue. This means the doctor can excise cancerous growths without fear of the patient bleeding to death.

Currently, this method can only be used on superficial cancer because it has not yet obtained FDA approval. Additionally, there is a higher risk of scarring and pigment loss. However, this treatment is a good alternative for when other remedies have failed.

Another viable option for cancer treatment that's relatively safe for people with blood disorders is radiation therapy. This is actually a tried and true treatment that has a high success rate (up to 90 percent). There is no cutting involved. Instead, the remedy involves directing beams of radiation to the affected area, which destroys the tissues it comes into contact with. Normal healthy tissue tends to regenerate with very little problems, while the cancerous tissue typically dies.

While this treatment is very effective, there are some side effects. The treated area may become red and irritated, though this will generally go away after a short period of time. In some cases, ulcers may develop. The color of the skin in the treated area may change and there may be some hair loss, depending on where the cancer is.

The most important thing to remember about radiation therapy is you are only allowed to be exposed to a limited amount in your lifetime. Therefore, you may be unable to undergo additional radiation treatments in the future if you've been subjected to the maximum amount.

There may be other skin cancer treatments available that may be appropriate for someone with a bleeding disorder. It's best to consult with your healthcare provider for more information about these and other remedies that may help. 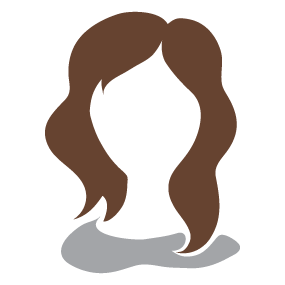 What do you do for a teenager who has very bad body acne? Do you spend a fortune on the many, many products being marketed until you find the treatment that will actually work? Do you take him or her to the pediatrician to see what can be done, or do you go straight to the dermatologist to begin treating the issue immediately? I took the long way around treating my son's acne and, in the end, I actually lost more money than I would have if I had gone straight to the dermatologist for help. Visit our site to find out what we tried, what worked, what didn't, and when to go to a dermatologist.